It’s a little late to be reviewing last weekend’s action (Manchester City v Crystal Palace is just about to kick-off now to start this weekend’s round of fixtures) but the only excuse I can offer is that it’s been a busy week including travelling to Europe for Christmas and New Year. I’m looking forward to watching some games at regular times (whatever such times are these days – I remain a Saturday 3pm traditionalist) and to going to the Dundee derby on New Year’s Day (which kicks off at 12.15).

I was still in Malaysia for the Manchester United v Liverpool game last Sunday and Liverpool are still in their present malaise. If a week is a long time in politics, nine months is an age in football. That’s how long it’s been since the two sides last clashed at Old Trafford. On that occasion Liverpool won 3-0 and the score line didn’t flatter them in the least. This time the score line was reversed and while Liverpool could take some comfort in De Gea being man of the match, they were still thoroughly deservedly beaten.

The most worrying aspect of the defeat was the fact that Manchester United didn’t even have to play superbly well to come away with such a comfortable win. Van Gaal said in midweek that he expects performances to improve despite his team’s recent winning run. Rodgers certainly needs performances to improve as Liverpool’s season stutters further into mediocrity.

Liverpool started the game without a recognised striker on the pitch and Sterling was tasked with leading the line. He played quite well but missed a couple of excellent chances. Balotelli missed considerably more after he came on but to be fair, he was somewhat unlucky to find De Gea in such brilliant form.

Mario is presumably now composing a letter to Santa, asking if he can have a goal for Christmas. There may be some debate in the grotto as to whether the Italian has been a good boy or not this year. There’s less debate that he’s been a bad buy for Rodgers and I wonder if he will still be at Anfield in February. I don’t imagine he’s currently on too many managers’ Christmas shopping lists.

I saw an interesting piece on the BBC website today in which Robbie Savage reviewed all 24 of the signings that Brendan Rodgers has made since becoming Liverpool manager. In total he’s spent £206.5m. Savage identifies just four hits out of the 24 signings – Sturridge, Coutinho, Toure, and Moreno – and I don’t disagree although he’s possibly being a little generous with Toure.

It’s a very poor return on the investment made and I’m increasingly convinced that it’s in the transfer market that managers are made or broken. Rodgers is an excellent coach but much of his current difficulties stem from the failings that he’s made in signing players. The same could be said of Wenger over the past decade or so.

By contrast, if Chelsea win the league this year, the most significant decisions that Mourinho made came before the season started with his signings of Fabregas and Costa. Of course the more money you have the easier such decisions become in theory but you still have to identify the right player at the right time for your team. Ferguson was a master at this until almost the end. His signing of Van Persie was practically a title winning decision on its own but he subsequently failed to perform the surgery that was necessary on that squad, a task that Van Gaal is now pursuing with relish.

The other big talking point from last weekend was diving following Chelsea’s rather theatrical performance against Hull. Diving is the thing that I’d most like to see stamped out of the game and the authorities should simply get tougher with it. Personally I’d like to see dives result in a straight red card and a three game suspension. It would be controversial for sure and there would be a few mistakes made along the way (although these could be reviewed afterwards) but it would definitely bring about a huge reduction in this ugly blight upon the beautiful game. 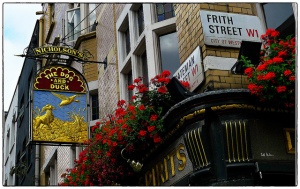 Manchester United play Liverpool this weekend in what is always one of the most eagerly anticipated fixtures of the season. Following Manchester United’s lacklustre and “lucky” victory over Southampton last night, Gary Neville suggested the fixture could be “like the Dog and Duck versus the Red Lion” such is the pub-like quality of the two sides at the moment.

Louis van Gaal rather touchily referred to Neville as an “ex-legend” in response. Apparently the Dutchman is already so powerful at Old Trafford that he gets to withdraw legendary status from critical former players. I haven’t seen much of Neville as a pundit but I hear good things about him in that role and I think we can all appreciate the point he was making with some humour.

It was Van Gaal himself that described his side’s win as “lucky” and his players will likely be able to enjoy a light refreshment or two in celebration of climbing to third in the league. I predicted a while ago that Manchester United would comfortably finish in the top four and that’s looking like an increasingly safe bet. So far however, it owes as much to deficiencies elsewhere (Liverpool, Arsenal, Spurs) as it does to their own rather laboured efforts.

With no European games to distract him, Van Gaal has all week to prepare his team for Liverpool. Brendan Rodgers however, faces a huge game tonight with Liverpool needing to beat Basel at Anfield to qualify for the knock-out stages of the Champions League. Their recent form remains far from convincing but Rodgers has suggested that his players can write themselves into “club folklore” with a win.

I’m not so sure that a home win over Basel to qualify for the last 16 would really be a folklore worthy achievement given Liverpool’s history in Europe. How many Liverpool fans will refer to ‘Basel 2014’ in future even if we win? I expect it to be close and I’m not hugely optimistic about Liverpool’s chances, I think it might well end up 1-1.

Another man whose legendary status is being called into increasing question is Arsene Wenger. Arsenal’s loss at Stoke was exactly the sort of result and performance that has frustrated Arsenal fans so often in the last few years. The chorus of complaint seems to be growing in volume, frequency, and number of voices.

He may save his job with a top four finish, a run to at least the quarter finals of the Champions League, and bringing Henry back in a coaching role but even with all of that I still wouldn’t be surprised to see him get the chop (or should that be Klopp) at the end of the season.

As some of the big boys struggle, the likes of Southampton and West Ham are scaling up their ambitions. Koeman is doing a great job at Southampton and although I think the top four will prove a stretch too far they could easily hang on for a very creditable fifth or sixth place finish.

West Ham meanwhile are heading north and looking down from Andy Carroll-like heights. Sam Allardyce is a great example of how fickle managerial popularity can be. Not so long ago he seemed about as popular as a Scottish Cup replay in Inverness but now he’s being lauded (rightly) for West Ham’s performances as well as their results. Again, I expect gravity to have its say before the end of the season but I don’t think they will fall too far.

Football is a game full of exaggerations. It is triumph or disaster; fans are either singing the manager’s name or singing for his sacking. Neville of course was exaggerating a little too. But in a week when the Discovery Channel aired Eaten Alive, a show in which a rather foolish individual tried to get himself eaten by a snake but thought better of it with just the tip of his head inside the anaconda’s mouth, Neville is far from alone in the use of exaggeration.

There’s not likely to be too many major discoveries on Sunday. Manchester United and Liverpool are both in rebuilding phases and neither has sufficiently solid foundations as yet. Still, it’s a big game and one that remains worth a little trip to The Dog and Duck.