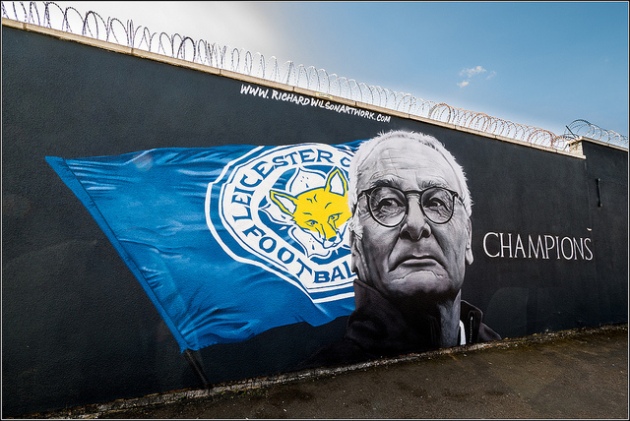 Football tends towards the sentimental and the nostalgic; but memories are short and loyalties are increasingly thin. Ranieri achieved something incredible, beyond the wildest of dreams. Relegation from the Premier League is the nightmare that haunts the restless nights of owners however.

There was little chance that Leicester could maintain the altitude of last season, but even so the descent has been painfully abrupt and turbulent. The Foxes have been anything but cunning of late and the Italian seemed to have exhausted his supply of cunning plans.

Leicester legend Lineker said the decision to sack Ranieri showed a gobsmacking lack of gratitude and he suggested that a statue should have been erected in the former manager’s honour rather than the delivery of his P45.

It wouldn’t surprise me in the least if a statue of Ranieri were to appear at the King Power Stadium. His legendary status is guaranteed but that doesn’t necessarily mean that his job should be. How much time, how much leeway should be accorded to a legend? It’s a reasonable question to ask, isn’t it Arsenal fans?

I think Leicester were unduly and unseemly hasty in pulling the trigger this week but I’m not going to add my voice to the chorus of condemnation that has greeted the decision. In the understandable outpouring of support that there’s been for Ranieri, there’s been admirable romanticism but all too little realism.

Managers know that results are all at the top of the game (and that includes you Jose) and that former glories – however utterly stupendous they may be – are a currency that depreciates rapidly.

Did Ranieri not deserve more though? Yes he did and from his players in particular. They have underperformed badly this season and the most troubling part of the whole saga is the suggestion that the players turned against their boss and played a role in his downfall. The debt of gratitude they owe him is probably as great as any in football.

Leicester’s extraordinary triumph in winning the league was built on a collective effort and ethic but the biggest contribution made by any one individual was that of the manager. He maintained a remarkable composure amidst the hysteria; truly a man who kept his head when it would have been far easier to lose it.

Ranieri may have walked in the King’s palace in Thailand, but he never lost the common touch. His decency, humility and sense of humour helped endear his club (and the silverware didn’t hurt in that regard either) to millions around the world.

If many of them lose interest now though, it is not because Ranieri is gone but because the glory is gone. It will be hunted elsewhere. Leicester have had a trip to the moon, but now find themselves back down to earth and are once again experiencing gravity’s pull.

Ranieri can fully and deservedly enjoy retirement if he so wishes. If he wants to manage again, he’s unlikely to be short of offers for long. Most football clubs are in search of a miracle and he’s a man that has an authenticated one on his CV.

Life after Ranieri began last night with a comfortable win over Liverpool. A few more of those and relegation fears will cease and the Italian will be both revered and yet almost forgotten. The next game is never too far away in football and this creates an immediacy and urgency that means the past isn’t usually dwelt upon for too long. Today’s focus is more likely to be on tomorrow than yesterday.

Leicester were lucky that Liverpool were the visitors for the occasion. After the game, Klopp said: “we should get criticised. This inconsistency makes absolutely no sense.” You will get criticised Jurgen and deservedly. You’re also paid quite a lot of money to try and figure out things such as your team’s truly incredible lack of consistency.

Actually I don’t think it’s all that difficult; you don’t have enough quality players and the one consistent thing at Anfield this season has been your baffling decision to play many of them out of position.

The Liverpool boss went on to say: “we are all playing for our future here.” The German has already become something of a legend at the club but he’s smart enough to know that such status doesn’t provide immunity from criticism or scrutiny.

The future horizons that managers contemplate these days have been reduced to a matter of months. They may occasionally talk of Soviet-style, long-term five year plans but they know that the next five games are the more important priority. That’s not particularly fair (or indeed healthy) but it’s the reality and we fans can hardly claim to be much more patient than those who own our clubs.

Leicester fans will never forget the Shakespearian drama that was last season. But for now the talk of the town is more likely regarding whether his namesake is up to the job and if the revival can continue against Hull on Saturday.

Ranieri was greeted as somewhat of a jester when he arrived in the East Midlands, but he departs a heroic king. He’s been around the game for long enough to appreciate that in football as in life: ‘All the world’s a stage, and all the men and women merely players. They have their exits and their entrances; And one man in his time plays many parts.’

But what a part, what an unforgettable part.

I’m watching Manchester United v Leicester. It’s currently 1-1. A win for the Foxes and they are Premier League champions. Take a moment to let that sink in. It will take more than a moment for it to sink in for the Leicester players, supporters, and manager Claudio Ranieri.

5000/1 at the start of the season. Well done to anyone who took that bet. Tom Hanks claims that he did. Leicester were almost cast away from the Premier League last season, but now, catch me if you can, is the statement they are making. I don’t think Spurs can.

Ranieri’s men are no imposters either. They sit atop the league in May on merit: an effort made of discipline, determination, and daring. They will be worthy champions even if it cannot be denied that others have utterly and mystifyingly underperformed. Arsenal fans in particular must be shaking their heads in wonder.

When Arsenal beat Leicester 2-1 back in February I thought a genuine title challenge was emergent from Arsenal and that Leicester were set to falter. But the Foxes have proved to be wily and Arsenal are no blood thirsty hounds; they soon lost the title scent.

Wiliest of all has been Ranieri. Composed when he would have been forgiven getting carried away, he has somehow kept his players focused amid a global frenzy at one of the most incredible stories in the history of football.

It’s been a year of unlikely occurrences. Leicester’s fall has been predicted more often than that of Trump’s presidential bid but neither has stumbled more than briefly. In both cases the chasing pack have mostly been comically inept and succeeded only in wounding each other. Leicester’s defensive wall has proved more secure than anything Trump might hope to erect.

Trump has dismissed suggestions that he’s something of a tiny man, while Ranieri has been jettisoning his reputation as the tinkerman.

The Italian’s back to basics approach has been inspired in its simplicity. He kept faith with the side that performed heroically to stave off relegation at the end of last season while introducing a bit more tactical discipline and defensive solidity. His players have looked as confident this season as Manchester United’s have looked confused by Van Gaal’s enigmatic experimentation.

It was only very recently that Ranieri indulged the talk of Leicester being title contenders, and even then Clive Woodward claimed it was a ‘big error’ and suggested that a coach should never speak about anything but the next game. But you were wrong on this one Clive, Ranieri timed it absolutely perfectly.

He held off long enough (far longer than most would have managed) to keep everyone’s feet on the ground but not so long to have his players doubt him. Just as they were reckoning with the question of can we really do this? The boss said yes. He did it calmly. Yes, keep going, playing just as you’ve been doing, we can achieve something special here. Now they’re about to.

A win today and Ranieri will be given the freedom of the city; he’ll certainly never have to buy a drink in town again. The affable, amiable, and let us not forget ambitious and meticulous manager, deserves all the credit currently being bestowed upon him.

Leicester winning the league should embarrass the old order and it may also embarrass Gary Lineker who appears set to present an edition of Match of the Day in his underwear. The prospect is almost enough to make we neutrals hope for a spectacular late Leicester collapse but instead we should continue enjoying and celebrating this story of the century.

Because next season, who knows? Leicester are probably more likely to return to battling relegation to the Championship than winning the Champions League, especially if (as seems inevitable) their best players are attracted elsewhere. In that case, Ranieri may find himself having to tinker again.

Today’s game just finished: 1-1. Leicester’s title celebrations are still on hold. But not for much longer.